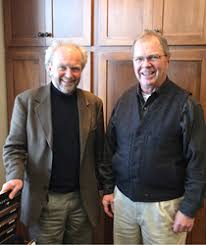 Len & Lowell Pratt began building homes in 1973. It was during those early years they began to realize their desire to build not just homes but neighborhoods as well. From those dreams came the inspiration of building a family business base upon the values of Quality, Trust and Dedication. Over the years, Len and Lowell have provided a long-standing commitment to the Twin Cities home building industry.

We have developed an exclusive “Now That You’ve Purchased” step-by-step timeline that walks you through the entire building process.

We know from recent consumer surveys that many buyers do not consider building a new home because they feel it is too complicated and filled with many perceived obstacles.

We are here to make sure the end result is Your New Home Made Easy.

MN Builder License #1
Check out the videos below to learn more about our home selection, design, and building processes.

Our passion… our life’s work
Our company has always been a family affair – ever since Uncle Doug moved into the first official Pratt Home in Scandia in 1973. Each newly married and with student loans to pay off, brothers Len and Lowell banded together, determined to create a legacy.

They hired relatives and school friends as their business grew through the first start-up years. Now, nearly 1,000 families have chosen to make their dream homes with us, and we feel a deep sense of pride knowing that each home was built to our high standards and with our philosophy of quality construction and customer satisfaction.

In 1976, the Pratts began the development side of their business with five homes in Forest Lake. Three years later, they commenced with their first large-scale project: Birch Lake Woods, building over 60 single family homes and 128 multiple condo units in White Bear Lake. 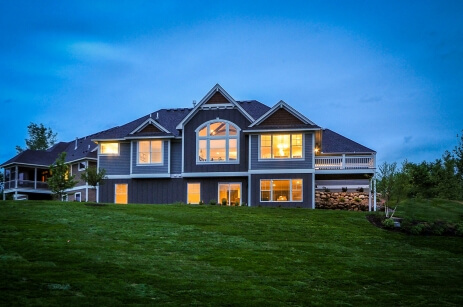 Our personal commitment to the Twin Cities home building industry has been marked by many milestones throughout the years, including:

In 1992, Lowell worked closely with the Minnesota Department of Commerce to draft statewide home construction standards that must be met in order for builders to do business in the State. As a result, Pratt Homes was issued Builder License #1.

Even as the company grows, the brothers continue to personally guide its direction; Lowell is Head of Design and Construction, and Len is Head of Sales and Development.

The biggest award, however, are the families who call our homes “home.” Over the years, we have had the pleasure of building more than one for some of them, as their lives transition, and also have begun building homes for their now grown children.

We invite you to make our life’s work part of yours. 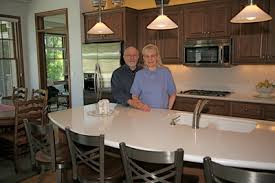 This is the second home Dennis and Carol have built with Pratt Homes. The first was a townhome in the 1980s.

“At that time, most townhomes were being built for entry-level homebuyers,” Carol said. “We were moving from five acres in Stillwater, so were not prepared to go to an entry-level townhome [with so little space].”

They liked the level of expertise exhibited by the sales staff. “They were really mature, and knew what they were doing,” said Carol.

When they decided they wanted to move to a smaller home, “there wasn’t any hesitation of doing it with Pratt. We’d watched their quality,” said Dennis, “and they stood behind their workmanship. And they really responded to our concerns.”

Back when they first built, around 1987, Len and Lowell were on the jobsites more often, “and they weren’t necessarily wearing suits,” said Carol.

“You wouldn’t find people who know more,” said Carol. “It was professionalism from beginning to end.”

Dennis likes to take naps on the four-season porch.

“We’re really happy to be here,” Carol said. “Len and Lowell are like family now.”