Causes and Cures for Window Condensation

What Causes “Trouble” Condensation?
A little fog on the lower corners of your windows now and then probably doesn’t bother you. By the time you’ve thought about it a second time it has usually gone away. But we are talking about excessive condensation. Condensation that blocks whole windows with fog or frost. Water that runs off windows to stain woodwork, or in serious cases even damage the wallpaper or plaster. If you have this kind of condensation on your windows, you have good reasons to be concerned and good reason to act.

Don’t worry so much about the windows where you can see the effect of excess humidity. You should worry more about what excess moisture may be doing elsewhere in your home. It may be freezing in the insulation in your attic where it will melt and damage your plaster exactly like a roof leak when warm weather comes. Or it may be forcing its way out through siding to form blisters under your exterior paint. That means the most expensive kind of a paint job. It’s easy in such cases to blame the paint, or the insulation, or the windows, but it’s wrong to blame them. The real villain is invisible. It’s water vapor. The best, and usually the only way, to prevent this trouble is to get rid of excess water vapor. Once you’ve equipped your windows with good storm windows, there isn’t very much more you can do to the windows to lick condensation.

What Is Humidity?
Humidity, water vapor, moisture, and steam are all the same in that they are each a form of water. Humidity is an invisible gas. It is present in varying quantities in nearly all air. This moisture in wet air tries to flow toward drier air and mix with it. Scientists describe this force as “vapor pressure.” It is often a very powerful force indeed. It can act independently of the flow of the air which holds the moisture. Vapor pressure can force moisture easily through wood, plaster, brick, and cement—right through most of the materials we use to build our homes. That is exactly what happens when moisture seeks to escape from the humid air usually found inside your home to the drier winter air outside.

More Moisture Trapped in Less Space
Certain building materials stop water vapor. Glass is one of these. Also on this list are some varnishes, paints, tiles, and plastic wall coverings. Vapor-seal insulation is designed specifically to stop the escape of water vapor and protect the insulation and your walls from the ravages of water.

Increased use of these “moisture trapping” materials in the last few years has created the modern “tight” home. Moisture created by bathrooms, kitchens, laundries, and occupants no longer flows easily to the outside. The modern insulation and construction that keep cold air outside also keep moisture in, so it is very easy to build up excessive and even harmful moisture levels in such a home. American Builder magazine calls the problem a combination of many causes that build excessive moisture in the modern home.

First, more washing, more bathing, more showers, more appliances, and more gas furnaces all pour more water vapor into homes than in former years. Heating and Ventilating magazine provides builders with reference data on sources of water vapor. For instance, cooking for a family of four adds 4.5 lbs. of moisture a day to a house. Each shower contributes half a pound, a weekly laundry 30 lbs., human occupancy 6 to 8 lbs. per day, dish-washing 1.2 lbs., etc.
All of this moisture must eventually escape from your home. So you see that the modern living of a family of four can easily release 150 pounds, or more than 18 gallons of water per week into the air in your home! And houses with no basements have further moisture problems.

Increased production of humidity is only part of the story. Houses generally have been growing smaller, which means an even greater concentration of water vapor is trapped by modern tight construction. It means more moisture contained in less space.

There is no wonder we’ve created a condensation problem for ourselves.

How To Reduce Humidity
David Bareuther, Associated Press Building editor, sums up the problem of reducing humidity by saying there are only three ways to reduce humidity:

Now before we summarize specific steps for reducing humidity in your home, let’s include some basic data about recommended moisture. You can refer to it if you are inclined to test the moisture levels in your own home. The table below is the result of long and careful experiments at the University of Minnesota Engineering laboratories. It shows the maximum safe humidities for your home, not only for the windows, but even more for your paint, insulation, and structural members. In most cases, reducing moisture to these humidities will cure troublesome condensation on windows; if not, you can reduce humidity further without discomfort to you or your family.
If you test humidity in your home, be sure to use an accurate instrument, preferably a good sling psychrometer. Remember, too, that these relative humidities are for 70 degrees F. For higher temperatures, lower humidities are required.

Practical Steps to Control Condensation
Here, arranged from easy to more difficult, are the steps you should take to reduce condensation on your windows.

If the common remedies we suggest (number 1 through 5) don’t work, you REALLY have a condensation problem. But the changes your heating contractor may recommend to further reduce humidity in your home should not be very expensive. Certainly they will be less expensive than a big paint job caused by excessive water vapor!

Let us just mention a few:

Because of so many variables, a condensation problem can sometimes be very tough to solve. That’s why we recommend that you put an expert to work on your problem if the simpler steps to reduce humidity don’t solve your condensation problem. See your architect or your heating contractor first. If they can’t help, we suggest that you ask your general contractor or lumber dealer to put you in touch with a qualified expert. They are available both at engineering schools and from the staffs of heating, insulation, wallboard, or window manufacturers.

There are two causes of condensation which are temporary. They will disappear after a few weeks or at most a season of heating. First, there is the moisture that comes from a new construction or remodeling. There’s quite a lot of moisture in the wood, plaster, and other building materials of a new home. When the heating season starts, this moisture will gradually flow out into the air in the home. Then it will disappear and not cause any more trouble. Much the same sort of thing happens in milder form at the beginning of each heating season. During the summer, your house absorbs some moisture. After the first few weeks of heating, your house will be dried out, and you’ll have less trouble with condensation.

While we have been discussing the control of condensation, we’ve mentioned just about everything except windows. There’s a good reason. There just is nothing much that can be done with windows to cut down condensation. As the building experts have often pointed out, the windows are not to blame for condensation. Both the cause and the cure of window condensation lies in the moisture content of the inside air.

Better Business Bureau—Telltips #421: Condensation on Windows
Condensation is visible evidence of excessive moisture in the air. It may appear as water, frost, or ice on the room surface of windows and doors. The warmer the air, the more water it can hold. This means that the air in the center of any given room will hold more water than the air adjacent to the window or door walls, since this area is always colder. When the warm moisture-laden air moves toward the cooler window or door wall, it becomes cooler and could not hold the moisture it held when it was warmer. Therefore, the moisture is dropped and appears as water on the glass and frames of windows and doors. This occurs more frequently during the winter months, because of the extreme difference between the inside and outside temperatures. If you wish to avoid condensation during the winter months, when the average outdoor temperature drops to 35 degrees or less, it would be wise to maintain a 25 to 35 degree relative indoor humidity.

Ventilation is a very effective way to remove excessive moisture from the air, which is why old poorly insulated houses with single glazed windows often times do not have condensation problems. This is because the air is changed by infiltration around the windows, vents, and other openings. Newer homes which are constructed to meet current insulation standards and energy conservation requirements; or older homes which have been newly insulated through the addition of added attic or basement insulation and installation of prime windows with dual or triple glazed glass, are now so air tight that they present a new problem.

All homes will on occasion have temporary condensation, which is the result of one of three occurrences: 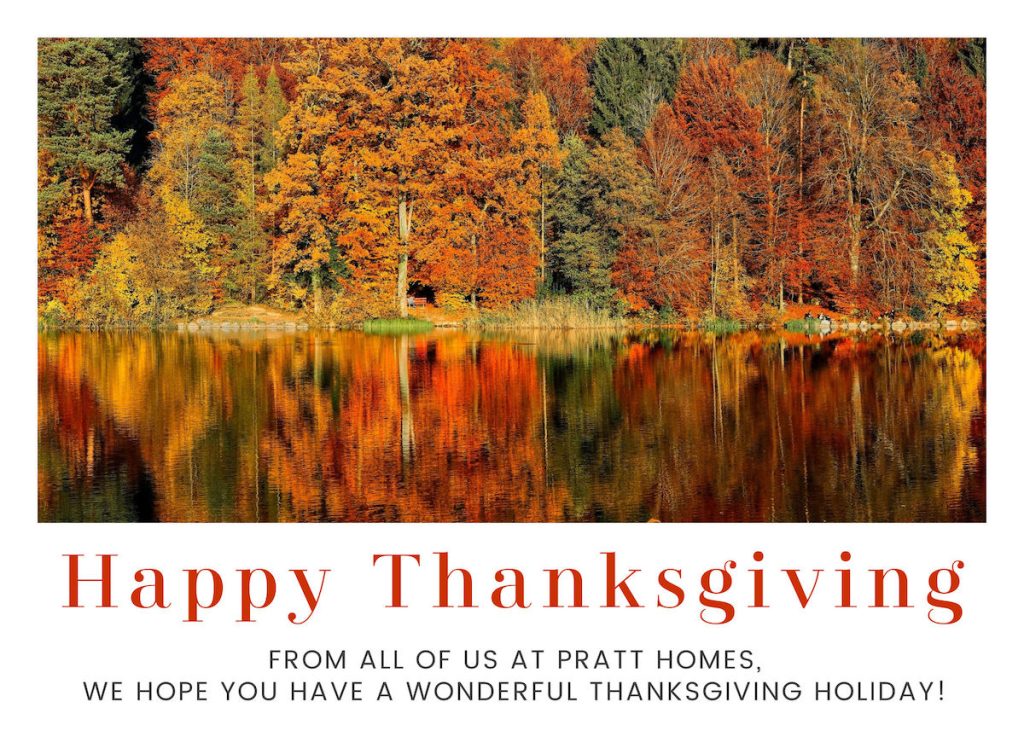 In honor of Thanksgiving, the office and all models will be closed November 26th and 27th.