Len Pratt stands on the site of Fable Hill’s next phase. Behind him is Clearwater Creek Park Preserve, which will be accessed by trail from the neighborhood. – Photo by Debra Neutkens

In a not-so-far-away place more than a decade ago, there lived a man named Maurice “Mac” McCollar. He was a chiropractor in White Bear Lake who owned 80 acres of fields, woods and wetlands.

“We sat down in his stucco home on a hill overlooking Bald Eagle Lake and he asked me if I was related to a Nancy Pratt? I said, ‘Would it matter if I was?’ I did have an Aunt Nancy,” Pratt recalled. “Mac showed me the original deed of transfer from President (Franklin) Pierce to Nancy Pratt when Minnesota was still a territory. I don’t know if I’m related, but we got off to a good start.”

Pratt didn’t know McCollar had cancer when he bought the property for future development. McCollar died in 2008 at the age of 72.

“We got to talking about how his farm was on a hill and how the topography was unusual in Hugo. The farm was really special to him,” Pratt said. “This is a story about the hill, so I called it Fable Hill.”

A couple years ago, Pratt even commissioned a dramatist to write a play whose performance he hosted at Aspire Park in Fable Hill. It was based on — what else? Aesop’s Fables.

The current story has not yet ended. Phase four of the development gets underway this month, only with a different demographic in mind.

This time, Pratt’s signature homes will be built for empty nesters age 55 and older who are ready for a change.

The $500,000, one-level patio homes planned for the next chapter come with three-car garages and grounds maintained by an association. They are similar to Pratt’s sold-out Creekside Villas in Victor Gardens that averaged $477,600.

“I’ve been doing this empty nester stuff a long time,” said Pratt, who has been in business with his brother since 1973. “I understand that band of buyers. They’re downsizing and getting things conveniently

oriented, minimizing steps and making it easier to live. Gravity gets us all.”

Seven villas are already reserved of the 26 platted. Some will have backyards that abut Clearwater Creek Park Preserve, a 100-acre gem that Pratt said is hard to find in a city.

The Vadnais Heights-based builder specializes in premium homes with price points at a half-million dollars and up. “We’re not into expediency or less expensive,” Pratt said, “we’re into detail. Every community needs a range of choices. When you deal north of $500,000, properties must have unique characteristics in a context that has appeal, space and good backdrops. There is still a market, as proven here for people above that price point.”

Hugo is a natural progression for spillover housing from a fully developed White Bear Lake and Township, Pratt noted.

“When I met with Mac (McCollar), I could see that connection,” he recalled. “You have to have a stomach for looking down the road. You have to have a knack for it. I think there are genetic things that go into your fabric emotionally that makes some people to be more circular. You get up, look around and take it in.”

Pratt’s great-grandfather was a Swedish immigrant who built homes in northeast Minneapolis. “You can still see his houses,” he said. “So it’s in our family history back a generation or two. My grandmother told me growing up, ‘You didn’t know your great-grandfather, but you can see his work. Homebuilding,’ she said, ‘is an honorable profession.’ There is something rewarding about a tangible result.”

Both Pratt and brother Lowell worked their way through the University of Minnesota as carpenters. Len was an English literature major, which might explain his penchant for storytelling. “One thing led to another in the early ’70s and we went into business,” he said.

They met under the mural of Venus the Goddess of Love at Pazzaluna in downtown St. Paul. “I kid you not,” Pratt said. “She was sitting at the next table with friends and we got to talking about hors d’oeuvres. She invited me to one of her concerts (Maas plays bassoon in several orchestras). We’ve been together ever since.”

Their compatibility lies in the fact both are “self-actualized,” Pratt pointed out. “Ellen was never married and needed someone like me. If you try to follow her around as a typical husband, it will not work.” They’ve been married 15 years and reside in Birchwood. Pratt also has three children from a previous marriage; son Ben is a chef and owner of Ingredients restaurant in White Bear Lake.

If he has spare time, Pratt said he enjoys gardening and would love to own a “wee farm. But I’ll never come off the lake (White Bear) with Ellen. She is there to stay.”

As the conversation shifted to White Bear Lake’s current woes, Pratt said people need to take small steps to bring the lake level back. “One of them is augmentation. I am pro-augmentation. We have to study it.”

Meanwhile the president of Pratt Homes continues to do what he does best, and that is build. He weathered the recession storm and says the “underwriting fundamentals of lending have been repaired.”

The market will more fully recover when millennials decide to buy homes, Pratt said. “They rent now. A survey from the National Association of Homebuilders (of which he is a board member) shows they want a sense of job security first. When the biological clock ticks, once family formation starts, they choose to live outside the urban core. They want a yard and they want a good school.”

Less than 10 percent of the property Pratt acquired for Fable Hill remains unsold — about seven lots of the original 75. All are large lots that are twice the size of what city code requires. “I sensed, and I still do,” he noted, “that people come to Hugo for the space.”

Is he optimistic for the future? “I am for the next three years. We have been underbuilding for demand. But the sale of existing homes by empty nesters needs to be more fluid.”

When the villas are complete, Pratt will move on to a fifth and final phase in Fable Hill with 20 more villas and 14 single-family homes. When that project is finished, Pratt can finally write ‘The End’ to that story. 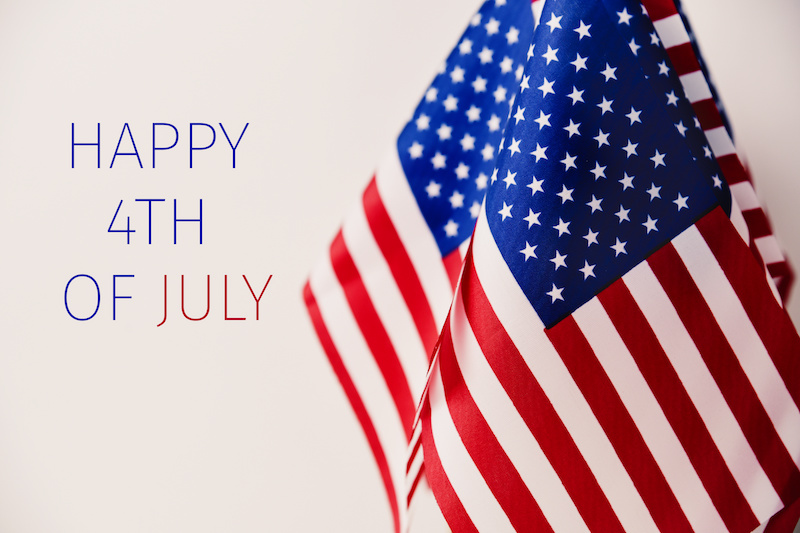 WE HOPE YOU HAVE A SAFE AND HAPPY 4th OF JULY!